Fifteen years ago when the foundation I worked for hosted some of the Acumen Fund’s first board meetings, I remember folks in the philanthropic sector debating whether this new “venture philanthropy” trend Jacqueline Novogratz and others were espousing was really a THING or just the latest flash-in-the-pan bit of philanthro-lingo.

Acumen Fund has since made over $100 million dollars in investments all over the globe, MBA programs have moved heavily into social entrepreneurship programming, and venture philanthropy, philanthro-capitalism and the attendant market-driven philanthro-lingo, books, methodologies and conferences have officially evolved into a THING.

People take it as a given that we are now in the era of “sector blur” as corporations increasingly market to the “purpose-driven consumer” and traditional non-profits look at new ways of generating consulting fees or product revenue to create more sustainable budgets and relieve themselves of depending on shrinking government funding and elaborate, cut-throat competition for foundation and donor dollars.

In a recent article on the HistPhil blog, Benjamin Soskis gives his take on another emerging development in using capitalist market dynamics for social good – Mission Related Investments (MRI’s). In a bold move from the Ford Foundation, president Darren Walker just announced that they would be moving $1 billion from their $12 billion endowment to investment funds offering both financial and measurable social returns.

Why is this such a big deal? Well, it’s a big deal because historically foundations and their financial advisors have used endowment money to maximize returns which foundation officers could then use for grants and social programs. There was a kind of “fourth wall” separating how foundations invested and sustained their money, versus how they gave it away. There have been many foundations with an environmental grantmaking mission holding fossil fuel company stocks in their endowment portfolios.

In response to the cognitive (and ethical) dissonance created by having their incoming and outgoing money at cross-purposes, some foundation leaders and boards are starting to get serious about playing the markets to align their money and mission. Despite the potential financial hit and the challenge of defining and measuring “social return on investment”, cracking the code on this investment strategy appears to be the new quest in kinder capitalism. Ford’s move is decidedly a contribution to all who are curious about whether mission related investing works at a large scale.

Though there may be much to gain from these ever-expanding experiments in kinder capitalism, aggressive monetary returns might not be the only losses we sustain as market forces and corporate logics increasingly define the future of philanthropy.

Soskis closes out his article with this note of caution, “as the divisions between grant-making and investing erode, as more strain is placed on that thin dash holding apart philanthro-capitalism’s component parts, philanthropy might find its ability to offer a critical perspective on the economic system in which it is ensconced blunted.”

Many academics and activists argue that philanthropy is already deeply compromised by the economic system which makes it possible — but will it be even worse if “sector blur” becomes a thickening fog so dense we lose all recollection of a sector that once upon a time at least occasionally tried to challenge the sole supremacy of market logics?

In another 20 years, let’s revisit the Ford Foundation’s MRI returns and also Dr. Martin Luther King Jr’s advice to philanthropists in order to see if philanthropy and capitalism finally figured it all out and resolved these contradictions, or if MLK’s advice still rings true:

Philanthropy is commendable, but it must not cause the philanthropist to overlook the circumstances of economic injustice which make philanthropy necessary. 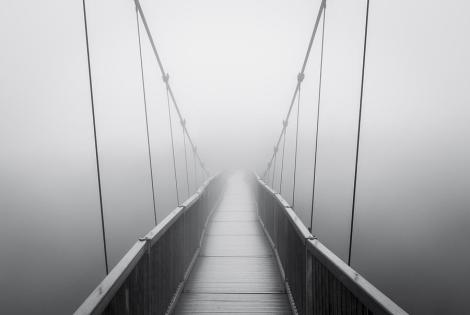 I stash ideas here about dreamers and thinkers and makers and doers and the spirit of "philanthropos" moving us all forward.